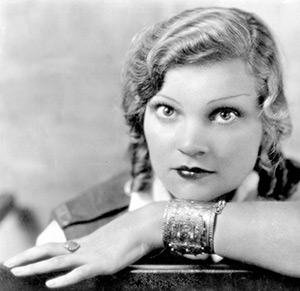 Aloha Wanderwell was born Idris Hall in Winnipeg, Manitoba on October 13, 1906. Her mother, Margaret Hedley, had come to Canada from England some years earlier. In 1909, Margaret married a British immigrant by the name of Herbert Cecil Victor Hall. Herbert, whose family were landed gentry, had come to Canada with a sizable inheritance. Like many British settlers of the time, Herbert was attempting to reproduce in Canada the kind of wealth and vast property his family had once controlled in England. After wandering across the prairies, the new family finally settled in North Vancouver, and a few years later moved to Qualicum Beach on Vancouver Island.

The First World War curtailed any thoughts of a normal family life on the west coast of British Columbia. Since Canada was a part of the British Dominion, Herbert, eager to do his part, found himself joining the Canadian Overseas Expeditionary Force and by the Summer of 1915 was on a troop ship bound for England. Once he arrived he rejoined the regiment he had schooled with – the DLI, Durham Light Infantry. Margaret and Idris’s younger sister Miki stayed with family in London awaiting the war’s end, after which they planned to return to Qualicum. Idris, however, was placed in a girls’ school on Vancouver Island. It was soon clear that the short exercise of ‘defeating the Bosch’ was not to be, and the bloody war continued unabated.

In 1917 word arrived that Herbert was reported killed at the second battle of Ypres, although a body was never found. Heartbroken and unable to believe he was really gone, Margaret sent for Idris and once reunited took her daughters to Belgium at the close of the war. While she searched military records, and even battlefields for signs of her husband’s fate, Idris and Miki were placed in a convent school where Idris wasted no time becoming a nuisance to the staunchly religious establishment. She was so aggressive with other students that she was given her own room, and it was in that space that she began to reflect on the world and her place in it.

One day in the Fall of 1922, shortly after her 16th birthday, Idris saw an advertisement in a local French newspaper asking for young women to join a worldwide automobile excursion under the command of a man by the name of Walter Wanderwell. She was smitten – not just with the man everyone referred to as ‘Captain’, but with the idea of adventure, challenge, and exploration – exactly the life she had always dreamed of.

Idris quickly joined the expedition and the Captain showed her the ropes: what to do and how to do it, what to say and how to say it. She was educated in the business of sponsorship and sales; she was coached in stage presence and how to deliver scripted narration for the films Walter shot and presented to the public along the way; and ultimately she was taught how to operate a film camera and drive a car.

Overnight, Idris became Aloha, and the 1920s began to roar. She was on her way to becoming the Amelia Earhart of the open road.