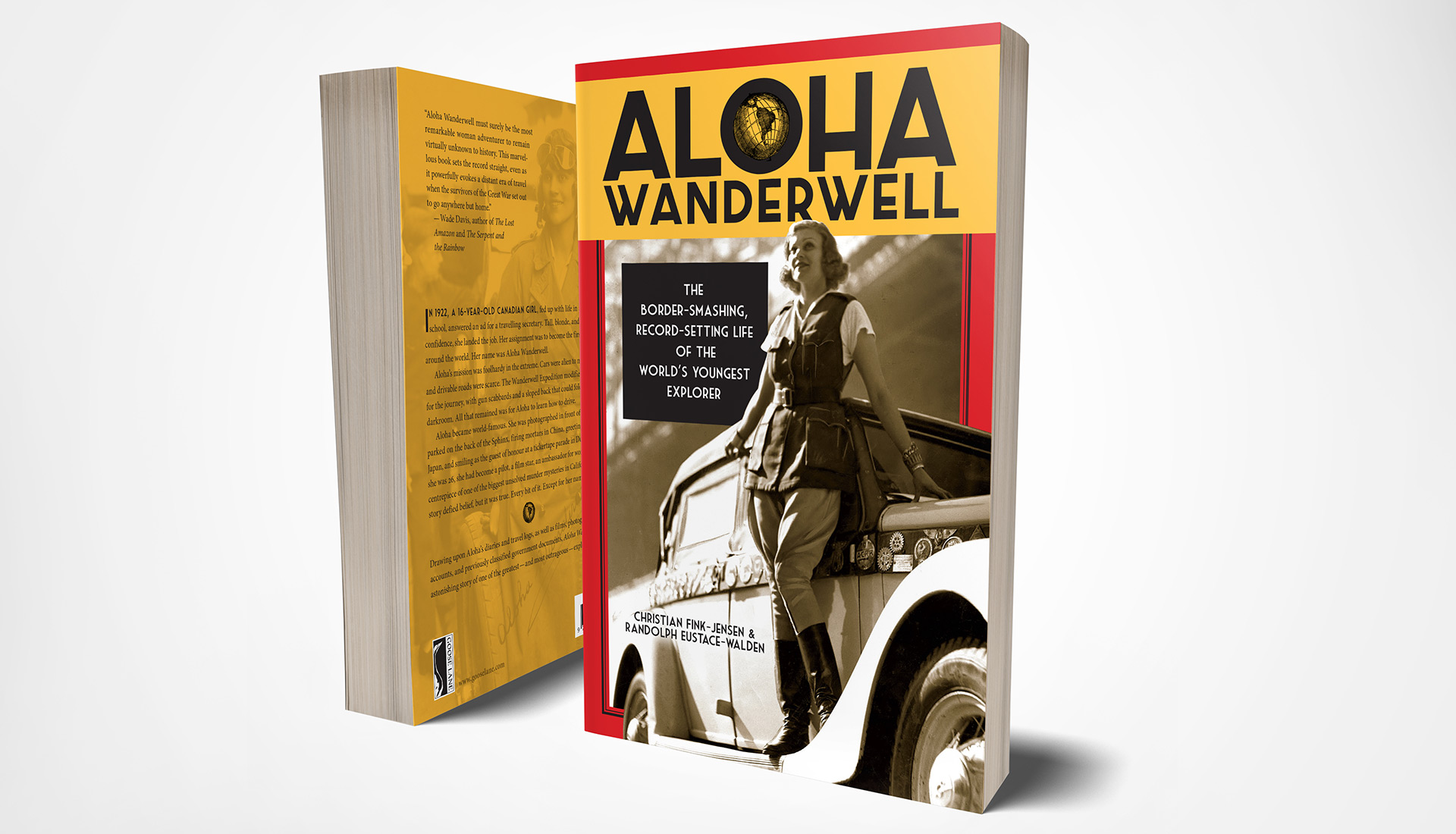 Cover illustration: Aloha standing on the running board of her Ford Phaeton automobile beneath the majestic Sydney Harbour Bridge — Sydney, Australia, 1936. Photo Courtesy of Valri Lundahl-Baker. Used with permission.

“In 1922, a 16-year- old Canadian girl, fed up with life in a French convent school, answered an ad for a travelling secretary. Tall, blonde, and swaggering with confidence, she landed the job. Her assignment was to become the first woman to drive around the world. Her name was Aloha Wanderwell.

Aloha’s mission was foolhardy in the extreme. Cars were alien to much of the world, and drivable roads were scarce. The Wanderwell Expedition modified a Ford Model T for the journey, with gun scabbards and a sloped back that could fold out to become a darkroom. All that remained was for Aloha to learn how to drive.

Aloha became world-famous. She was photographed in front of the Eiffel Tower, parked on the back of the Sphinx, firing mortars in China, shaking hands with Mussolini, and smiling at a ticker tape parade in Detroit. By the time she was 25, she had become a pilot, a film star, an ambassador for world peace, and the centrepiece of one of the biggest unsolved murder mysteries in California history. Her story defied belief, but it was true. Every bit of it. Except for her name.

Drawing upon Aloha’s diaries and travel logs, as well as films, photographs, newspaper accounts, and previously classified government documents, Aloha Wanderwell tells the astonishing story of one of the greatest — and most outrageous — explorers of the 1920s.”

(From the back cover.)