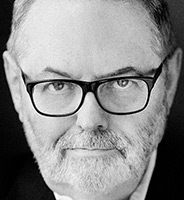 Randolph Eustace-Walden has been an entrepreneur since high school when he received his first pay cheque as a film critic. His diverse media-based career has intersected with all disciplines including publishing, television, film, radio, and online as a writer, author, journalist, editor, forensic researcher, critic, television producer, director, documentarian, web developer, and teacher. He recently signed a ‘first-look’ multi-media deal for a new contemporary spy fiction series.

His travel and food book, Entreé To Asia: A Culinary Adventure, was simultaneously published in Canada, the United States, and across Asia. The book was a hardcover companion to his eponymous twice Emmy® nominated television series, which he wrote and produced for PBS. He is also the recipient of two Gemini Award nominations, several Leo award and Remi award wins and nominations, and a past winner of the Nissan Journalism Award, sponsored by Ryerson School of Journalism.

Ever the peripatetic, Randy has moved fifty-two times in his life, at one point spending a year living and working in one of his very favourite cities, Singapore.

Randy lives everywhere but currently resides in Vancouver with his MacBook Pro, and a portable 1957 Smith-Corona Silent-Super (with red and black ink ribbon) just in case. He is a frequent online publisher to his website, whenthegoingwasgood.com, and Twitter, @hyphenwalden.