The Wanderwell Expedition’s travels were recorded in minute detail by Aloha in her expedition logbooks and personal diaries. This map, which formed part of one of their most popular pamphlets, shows the starting point as Detroit in 1921. Aloha joined a year later in December of 1922 in the south of France. Upon arriving back in the town of Nice five years later, she became the first woman to drive all the way around the globe! 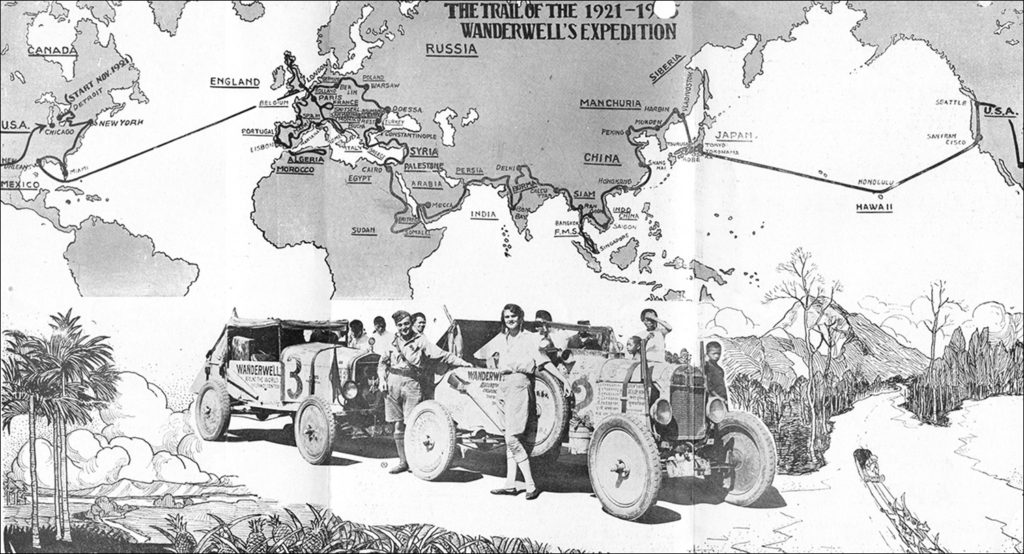